Elder Abuse: What is it and how to prevent it?

Recently I read an article in the Sept/Oct 2020 issue of "Probate and Property", and American Bar Association publication.  The title of the article was "Celebrity Estate Planning; Misfires of the Rich and Famous" by Jessica Galligan Goldsmith, et al.   The article told short stories about the problems and concerns in several celebrities' estate plans but one story about elder abuse really caught my attention.  This story was about Stan Lee, the creative genius behind Marvel's comic book characters and superheroes like Spider-Man, Iron Man, the Incredible Hulk, the X-men, and the Fantastic Four. 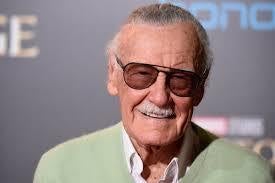 Mr. Lee died at the age of 95 in November of 2018.  His wife, Joanie, died a year earlier and he was survived by his only daughter.  His estate had an estimated value of $80 million dollars.  After Mr. Lee's wife died, the authors of this story report he found himself without the stability of care and security his wife of 67 years had provided.  The authors further write,". . .Lee almost immediately found himself in the middle of a contested care situation centering around his alleged spendthrift daughter and unscrupulous individuals who had wormed their way into Lee's Life".  In an affidavit, Lee alleged his daughter was attempting to emotionally manipulate him for money and he further alleged three men were trying to take over his estate.  One of those men was a gentleman named, Keya Morgan.  After Lee's death, Morgan was arrested on charges of felony theft, embezzlement, fraud against and elder adult, and false imprisonment of an elder adult.  What happened to Lee after his wife's death is Elder Abuse.

This story resonated with me because I have seen adult children attempt to manipulate their aging parents, both when I worked as a law clerk in an Estate Planning law practice and as an Attorney practicing Estate Planning, Elder Law & Probate.  In each instance, adult children were intentionally attempting to manipulate an aging parent's money.  In one case, the adult children attempted to manipulate their parent into signing a general power of attorney.  Almost immediately after the parent signed the documents signed by the parent, they ran straight to the bank and attempted to withdraw the parent's money.  Fortunately, the document was not notarized and the bank would not accept the power of attorney.  At the time the parent was an inpatient in the hospital and when the children returned a concerned nurse contacted me.  I asked the nurse if I could speak to the parent alone and she arranged for me to do so.  When I explained to the parent what her children would be able to do if she properly executed the general power of attorney she immediately told me very clearly that is not what she wanted and that is not what her children told her.  Needless to say, the adult children did not get the money in this case.

So how prevalent is elder abuse in America today?  AARP conducted a study and found that financial elder abuse results in more than $36 billion in losses each year, and yet only one out of every 24 cases is reported to law enforcement.  More than 95 percent of financial elder abuse cases are never reported by the victims.  Fortunately, Elder Abuse can be prevented by using properly executed Powers of Attorney, and revocable trusts that bind agents to act solely in the best interests of the principals.  In cases where the principals cannot care for themselves, court-monitored guardianships should be considered.

If you suspect someone is a victim of elder abuse please report it.  Our Senior Citizens should be treated with dignity and respect and each of us should be concerned about their safety and welfare.  If you don't know who to report suspected elder abuse to then consider contacting an Elder Law attorney near you and they will guide you in the right direction.

Thank you for contacting us. We will get back to you shortly.

Please complete all required fields below.